Take 5 – Comics for the Soul

Take 5 – Comics for the Soul

Sometimes we all need reinvigoration, and often we need a reminder that we are damn lucky to be on this giant rock we call Earth. Falling, and spinning gracefully around a star which gives us powerful light, deep in the depths of darkness, and quite possibly endless expanses of space. Scary, beautiful, awesome. It can be difficult to see our own fragility, and amazing resilience when living in a place seemingly filled with invisible threats, and upsetting news. Deafening egos encouraging others to divide, rather than to unite. To hate rather than love, to oppress rather than listen. But I assure you, in the world of comics there are still beautiful things to appreciate that will give you the reinvigoration you so desperately need. So if you`ve got a heart, which you certainly do, then it’s time to use it. Read these books as soon as humanly possible:

The length of the bible, but the easiest, epic, most pleasant read you will ever have in the medium itself. And I don’t mean easiest to read because the material is simple. I mean easiest in the sense that Jeff Smith takes the time, and gruelling effort to make Bone the most readable, precise, elegant, and nearly cinematic experience you’ll ever have in a comic book. He doesn’t take any shortcuts when it comes to the craftsmanship, staging, and careful timing of every acting beat. You’ll feel as if you’ve known these characters your entire life. From the Bone cousins, Rose, the hilarious rat creature duo Smelly and Stinky, to the enigmatic Great Red Dragon. These are characters you won’t soon forget. It’s one of those rare indie books that feels Classic. Its edginess is in its impeccable cartooning craftsmanship. Wondering where to start reading comics if you’re new to it? Are you an aspiring cartoonist looking for the book that will inspire you to aim for the stars in the medium? Or are you a seasoned, but bitter cartoonist or comic book reader who needs a reminder of what can be achieved in comics, then look no further. This is a book for anyone and everyone. If you haven’t read it yet, do yourself a favour and do so now.

Originally written as a screenplay by Brian McDonald, a masterful storyteller, and brilliant instructor, `Old Souls` tells the tale of Chris Olsen. A man living a good life with an average job, but a loving wife and daughter, who is suddenly thrust into the supernatural world that operates thinly beneath his own life, and his own death. It turns out the life Chris knows is not his first, and that discovery leads him into a maze of other past lives he once lived. Beautifully illustrated by Les McClaine in minimal, deliberate colours, this masterfully written book is guaranteed to grab you from the very first page. It takes you into the maddening depths of the supernatural world intricately woven into Chris`many past lives, and the struggle of holding onto the life he has now. Gripping, heartbreaking, moving, and altogether deeply human, this book is sure to enrich your life, and leave you feeling a renewed sense of appreciation for your own. Don`t wait, read this book as soon as possible.

Quirky UFOs crash landing on Earth. An intelligent, 600lb gorilla named Mike as your loyal friend. Tough, and resourceful car mechanic Samantha wants to get out of the dry, sweltering small town her junkyard is stationed in to travel the world. At first glance it all seems like perfect ingredients for a buddy action-comedy, but upon closer inspection Motor Girl is not all it seems. It is much much more than its outer ingredients suggest. Without giving anything away, Motor Girl is a great story that is about how rough the world around us can be. How we might cope with it under extreme conditions, what it takes to heal, and how much we can endure finding the way back to living. Don`t miss this one!

Another great read showcasing and revealing the perseverance, and the human will to keep living, and keep hoping even in the direst of circumstances. ‘They Called Us Enemy’ is George Takei’s graphic memoir of his childhood and family’s experience in the Japanese Internment Camps during the second world war. The book gives us a unique glimpse into the experience of Japanese Americans during incarceration. Particularly through the eyes of George as a child, and his realization many years later, of the strife and turmoil his parents endured to protect his family, and hide the heartbreaking reality unfolding as the war continued. Squeezing what joy, and warmth could be drawn in order to survive as a family in dark times. Forces of fear and prejudice shaped many Japanese Americans’ lives, and the effects can still be felt today. The book not only serves as an intimate dive into an American icons’ experience being a Japanese American in a fearful America. It is a document of history that should never be covered up, or forgotten. Reading this book only feels more relevant today as we continue to witness forces of fear, and prejudice shapes the lives of the oppressed and marginalized.

While most superhero titles in recent memory continue to double down into the ridiculously dark, cynical, doom & gloom fad that hasn’t stopped since the 90s, ironically this series blasts faster than anything into such refreshing wonderment, and much-needed optimism very rarely found in most superhero titles today. Written with an air of ‘Saturday Morning Cartoon’ with the larger than life villains, and earnest, bizarre heroes, the book ironically taps into the rich tapestry that real life has to offer, from joy, humour and triumph, to flaws, fractures, and absurdities. So much closer to the truth than what ‘dark and cynical all the time’ depicts. Doom Patrol is such an enjoyable labyrinth of fantastical oddities, outlandish imaginings unfettered by the laws of physics, and superhero logic in comics. From hidden universes found in gyro, veggie-filled textured wraps, to an all-inclusive, welcoming non-binary sentient street called Dannyland, turned EMT ambulance capable of travelling the cosmos faster than anything in the universe through time and space. This book has no limits, and the cast of Doom Patrol live in this wonderful world full of action, humour, and delightful impossibilities. Illustrated by Nick Derington, and coloured by Tamra, this book’s art is just as vibrant, and rich as the writing. I definitely recommend Doom Patrol to anyone looking for a book that wants to take you to impossible places, meet impossible people, and leave you feeling like you never want to leave. If doom & gloom is what you’re looking for in a comic series, well then Doom Patrol is not the book for you. Stay safe, and take good care! 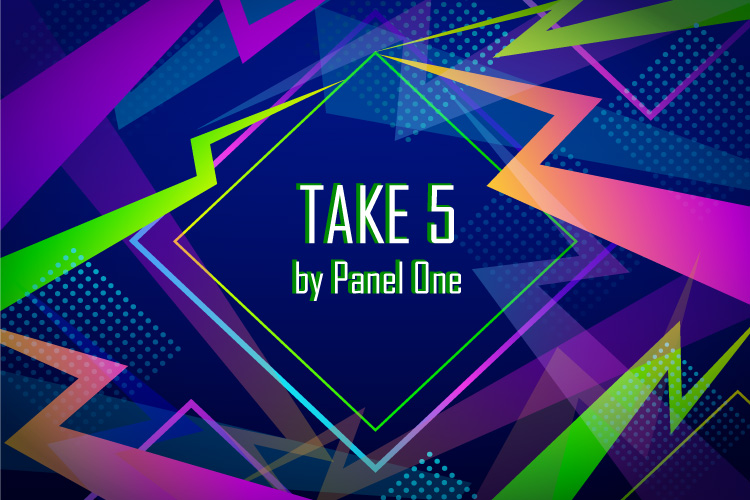 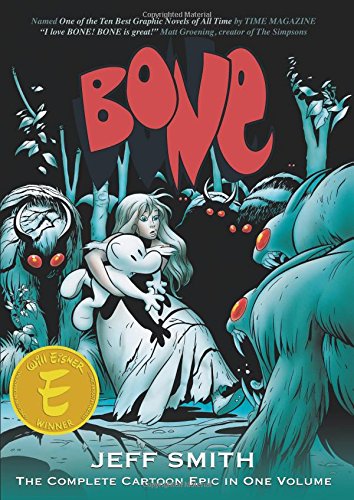 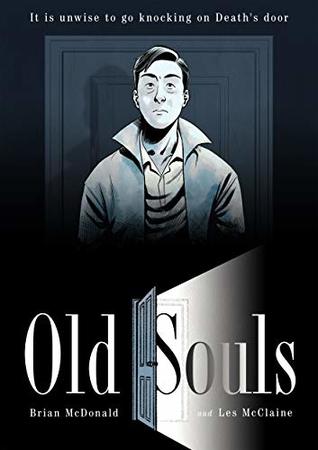 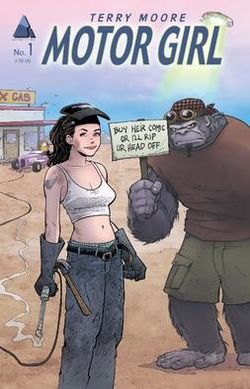 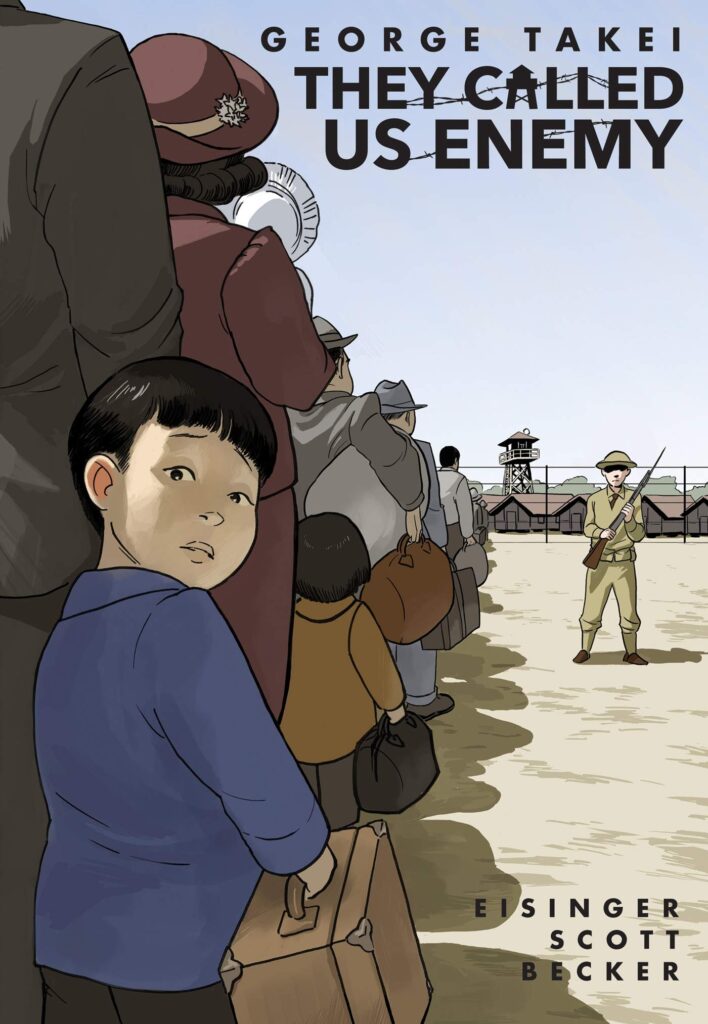 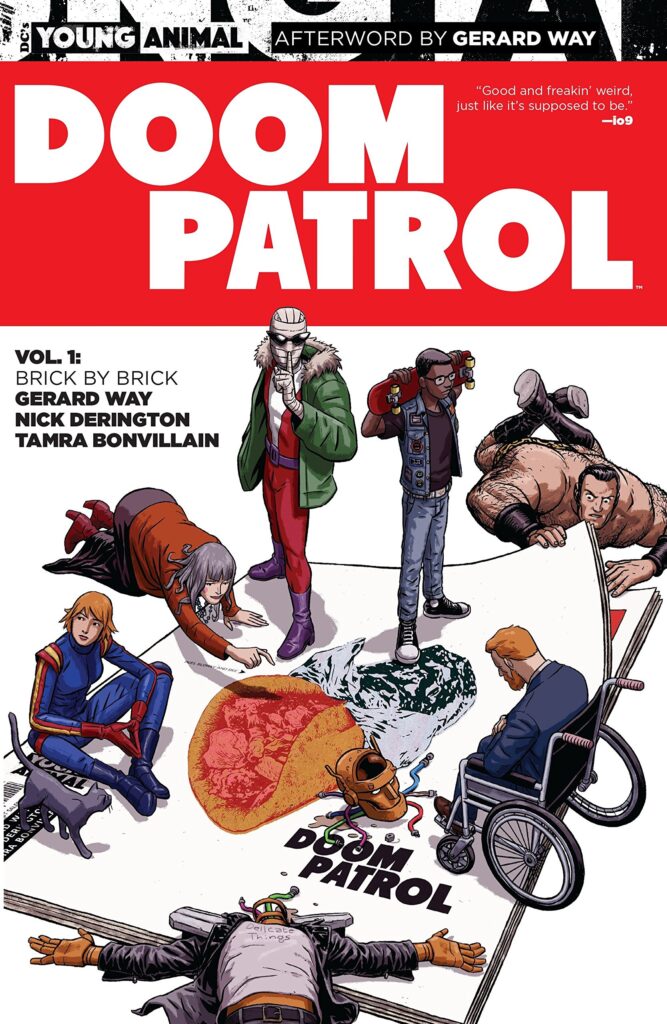 Panel One uses cookies to offer you a better browsing experience. Find out more.